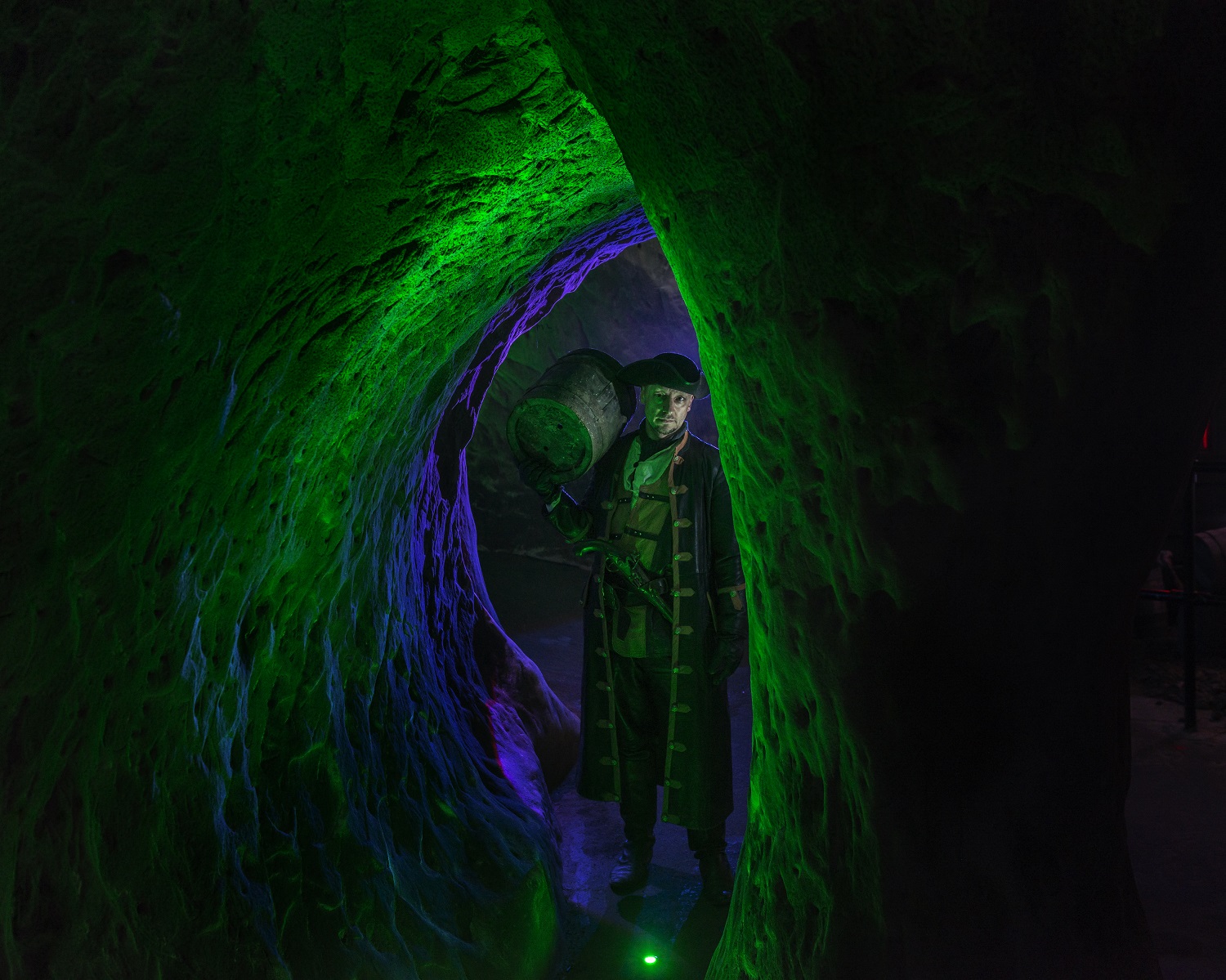 The following stories are eye witness accounts of spooky happenings around the Caves from members of staff. If you are of a nervous disposition, we advise you do not continue reading. However, please remember that the likeliness of having a supernatural experience whilst in the Caves is extremely low.

Late one night a technician was working in the Caves all alone. All of a sudden, the voiceover buttons by each exhibit started going off all at once. The noise echoed through the Caves as if a ghostly figure was walking through pressing them. The strange thing was, the power was off. The technician ran from the Caves in terror and refused to work alone in the depths of the caves again.

During a TV shoot for a holiday programme the crew decided they wanted the path leading down to the Caves, named The Monks Walk, to be lit up with candles to recreate how it looked years ago. As soon as their cameras started rolling, every single candle immediately went out without a flicker. The team described it like turning off a light switch. Every time the candles were re-lit and the cameras began rolling the same thing happened. Terrified, the sound engineer threw down his equipment and ran from the Caves. The crew eventually got the take, but it took sixteen attempts.

Staff are used to working in the dark, eerie caves, but several have reported hearing footsteps, barrels moving, loud bangs and doors slamming. Watch out for the Chapel, not only is it slightly colder than anywhere else, but it’s said to be the most haunted part of the Caves…

Smugglers Adventure offers a great day out for all the family and although young children may find parts of the experience slightly scary, we work hard to ensure everyone enjoys their visit.

Discover ghost stories for yourself

Get Smugglers Adventure news and offers right to your inbox!